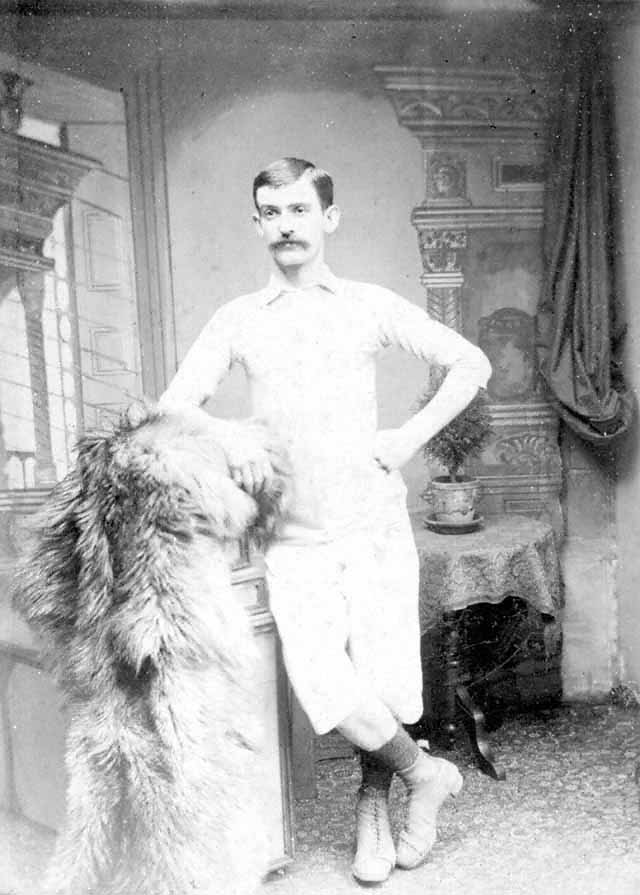 Following James Reddie Lang's spell with The Wednesday in 1876 the next examples of Scottish players moving to England in order to play football for money are Fergus Suter and James Love, who joined Darwen in 1878.
Glaswegian full-back Suter had played for Partick and Glasgow Rangers.
Over the New Year holiday in 1878 Partick visited Lancashire and played both Darwen (losing 3-2) and Blackburn Rovers (losing 2-1).
Suter was a stonemason, although it was noted that he didn't continue his trade when he was living in Lancashire. Darwen alays denied he was a professional, but Suter later commented  I would interview the treasurer as occasion arose.
Suter's play drew positive comments in the press- he was an active proponent of combination play, linking with his half backs and forwards and launching attacks himself rather than just seeing his role as being to clear his lines with long kicks. The way in which he lofted free kicks for the centre forward to head also seems to have been an innovation. Suter featured in Darwen's legendary cup run of 1879, but in 1880 he shocked the town by transferring to their neighbours and rivals Blackburn Rovers. 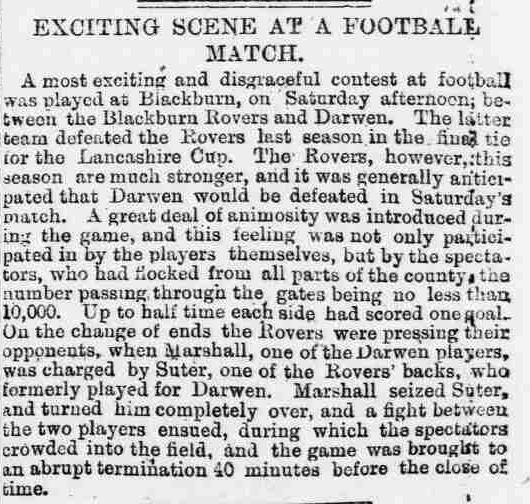 The acrimony wasn't helped when Suter and Darwen's Thomas  Marshall grappled in a cup tie  in November 1880 at Alexandra Meadows. The match was abandoned, the return match was cancelled, and the two sides declined to meet other than in cup ties in the future.
The local press featured some interesting correspondence in the wake of this match: 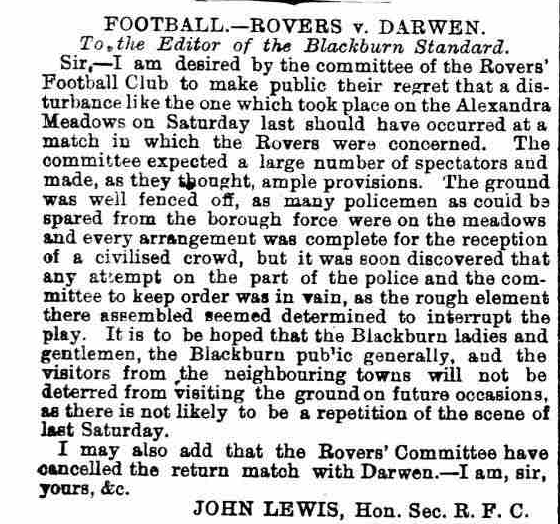 Here is another interesting letter. Transfer gossip and speculation are nothing new: 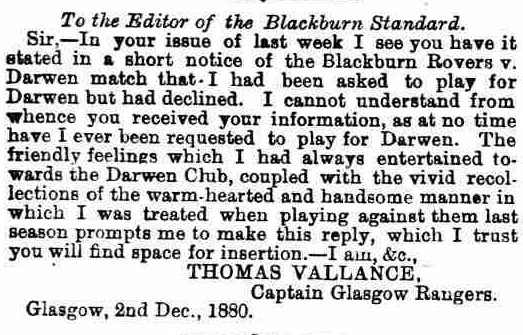 Whilst with Rovers Suter  appeared in four FA Cup Finals, picking up 3 winner's medals. He was still around when the Football League came into being, but only played in one League match, appearing in goal against West Bromwich Albion on 22nd December 1888.