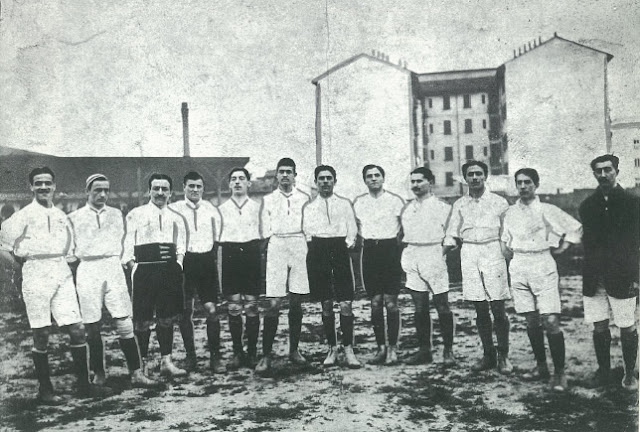 12 years after the formation of the nation's governing body, FIGC, Italy entered the arena of international football.
On January 13th 1910, under the headline LA SQUADRA NAZIONALE ITALIANA ,the newspaper Foot-Ball announced that in the coming year Italy would field a representative team, composed solely of Italian born players. The FIGC , the report stated, had appointed a Technical Management Committee in order to oversee the selection of the team. It was hoped that victory would smile upon the brave athletes selected.
The brave athletes in question would not include any members of the country's strongest team, Pro Vercelli, who were suspended en masse until December 1910 following the play off  farce against Internazionale in which Pro Vercelli fielded a team of schoolboys.
The FIGC's Technical Management Committee was made up of the following players/coaches:
Umberto Meazza (Unione Sportiva Milanese)
Alberto Crivelli (Ardita Ausonia)
Agostino Recalcati (Unione Sportiva Milanese)
Giuseppe Gama (Internazionale)
Gianni Camperio (Milan Foot-Ball and Cricket Club)

Sig. Meazza was also a referee.

The committee designated Umberto Meazza as the national team coach. Meazza, a 30 year old lawyer who had played for Mediolanum and Unione Sportiva Milanese, was involved in the management role of the Italian side for 32 games over the next 14 years, on occasions working alongside Vittorio Pozzo.
The committee selected 2 sides to play trial matches in May.
The Probables (white) and Possibles (blue) played each other twice. On May 5th Probables won 4-1, and on May 8th  4-2.
The committee were satisfied that they had found their team. Some positional changes were made and Debernardi of Torino was promoted at the expense of Ardita Ausonia's Bontadini (the medical student had work commitments) to join the other 10 Probables as Italy's first international XI.
The FIGC had initially approached Hungary as potential opponents, but there was some wrangling over travel expenses, so France were invited .
French football was not in a particularly healthy state. In 16 internationals they had recorded just 3 wins and had shipped 107 goals. In the 12 months leading up to the match with Italy they had played 4 matches: England's Amateurs had beaten them 11-0 and 10-1 and Belgium had enjoyed 5-2 and 4-0 wins at their expense. There was also an ongoing dispute between 2 rival governing bodies.

The match was played at Arena Civica in Milan's Parco Sempione on May 15th 1910. Reports of the attendance vary from 4-8,000.
The referee, Harry Goodley, was a 30 year old Englishman who had played for Juventus and would later serve on the Italian Technical Management Committee!
This is how Italy lined up: 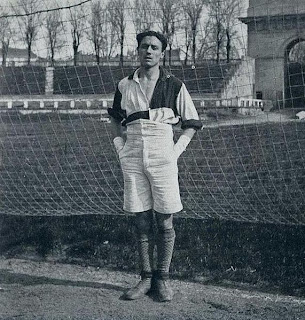 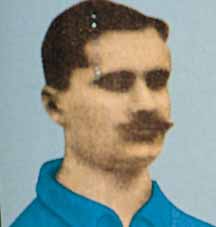 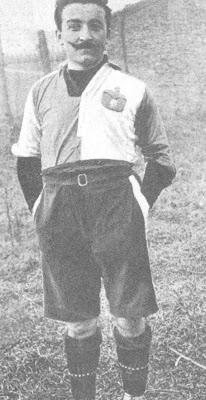 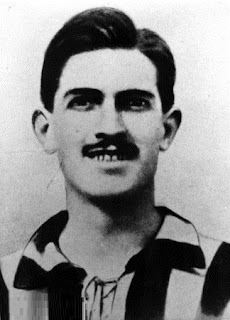 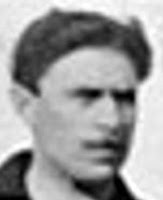 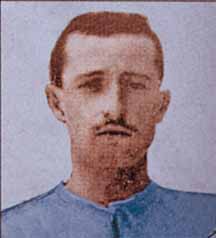 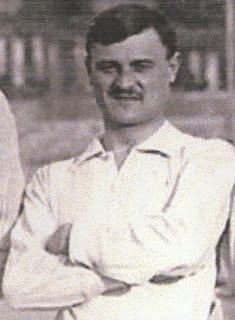 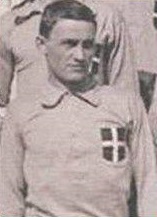 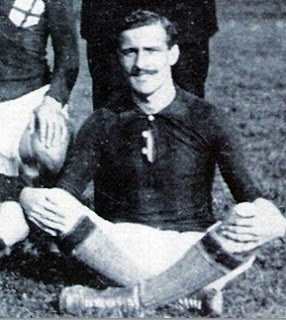 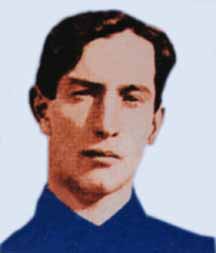 Pietro Lana opened the scoring in the 8th minute. Fossati doubled the lead on 23. It stayed that way until half time. Shortly after the break France pulled one back. Lana struck again in the 59th minute, but 3 minutes later the French again cut the deficit, only for Rizzi to add Italy's 4th on 66.  Turin got in on the Milan dominated act in the 82nd minute and Lana finished off a memorable display in completing his hat-trick with a last minute penalty to complete a memorable 6-2 win.

Eleven days later the same Italy side met Hungary in Budapest and were beaten 6-1. 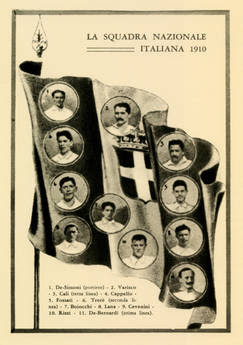