Canada Tour of the British Isles 1888 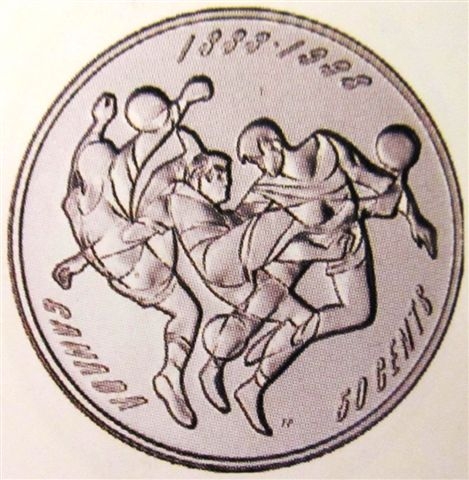 The above is a 50 cent coin minted in 1998 celebrating Canada's first overseas football tour.
In 1888 the Ontario based Western Football Association ( founded in 1880, this was the body behind Canada's earliest representative sides) sent a team to the British Isles. 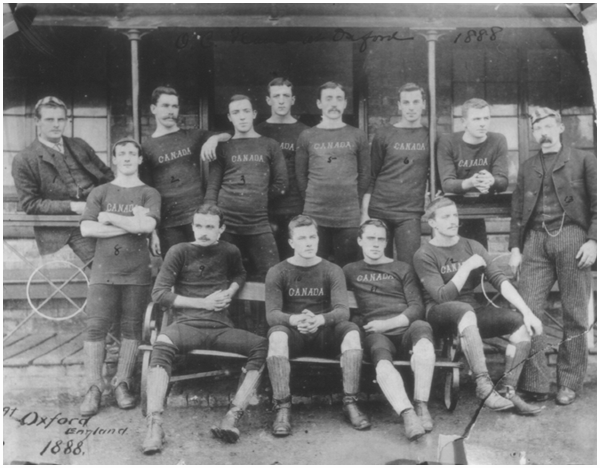 The players:
The players were largely from the professional and academic class. The tour required them to take a 2 month break from employment and also to be in a position to pay $200 per man towards the cost of the tour.


*The lines ups for some of the games are not known in full.
** The scorers in 3 games (7 goals) are unrecorded.  There was also an own goal.

Noteworthy participants included Walter Bowman, who later became the first overseas professional to play in the Football League, and the leader of the party, David Forsyth.
David Forsyth was born in Scotland, but moved to Canada as a baby. He is often referred to as the Father of Canadian (Soccer) Football. He was a mathematician and high school principal  responsible for the foundation of  Berlin Rangers. He was also involved in the foundation of  The Western Football Association of Ontario.
Despite the strong influence of Scotsmen on football throughout the British Empire, Forsyth was the only member of the touring party who was not actually born in Canada.

Berlin is now known as Kitchener.