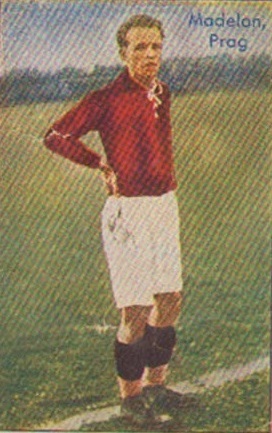 La Madelon was a French popular song of the 1914-18 war.
I do not know how it came to be the nickname of the Czech footballer Jan Knobloch , but he was, throughout his career, known as Madelon.

Madelon joined Sparta Prague in 1927 and won the Czech national championship in 1932. He also made 18 appearances for the Czech national team (1929-33). The image is from a cigarette card by the German company Richard Greiling Zigarettenfabrikan.