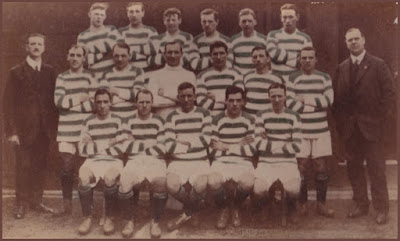 On November 13th 1915 Celtic were defeated 2-0 by Heart of Midlothian at Tynecastle. The following week they beat Kilmarnock 2-0 at Celtic Park. This was the beginning of a 62 match unbeaten run. 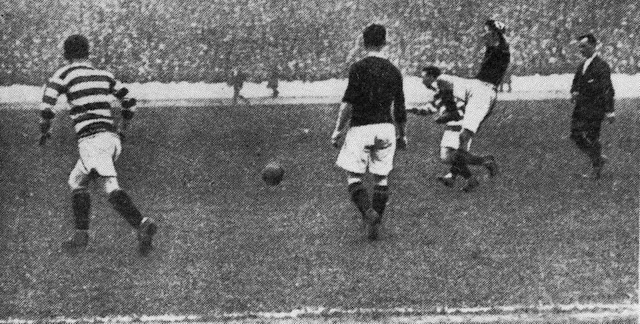 So, the story of this remarkable run begins and ends with Kilmarnock:

CELTIC BEATEN AT LAST
Kilmarnock accomplished at Parkhead on Saturday what they nearly achieved at home a few weeks ago; they are the first to defeat Celtic in the present League campaign, and thus put an end to a sequence of victories extending from the middle of December, 1915, until the pr.esent time. It was fitting that a team renowned for consistency should be defeated by opponents who have been more consistent than any other team when opposing the champions. If Sinclair were slightly at fault in the first game in allowing McMenemy to equalise when but three minutes remained for play, Kilmarnock’s regular custodian made no such mistake in the return engagement. The shooting of the Celtic forwards was not particularly deadly, and it was in leaving his goal to deal with corner kicks almost innumerable that Blair excelled. The winners were somewhat fortunate to score as they did twice in the first half, doubly so to find their opponents miss opportunities much more frequent and less difficult. But the losers had no room for complaint, save on their own incapacity at goal. They were at home, on a perfect pitch, with wind and sun minor and equal handicaps to both teams. The winners goals were scored before the interval, so there was nothing of a snatch victory about Kilmarnock’s successful venture. The mistake made by McNair in passing back to his goalkeeper would not have been fatal had the home forwards shown their usual judgement and taken advantage of much better openings that fell to Smith and Culley. The pity is that the champions’ first defeat was incurred in their last home engagement; a reverse at an earlier stage would have enlivened a competition that has long ceased to attract by reason of its being a competition in name only.