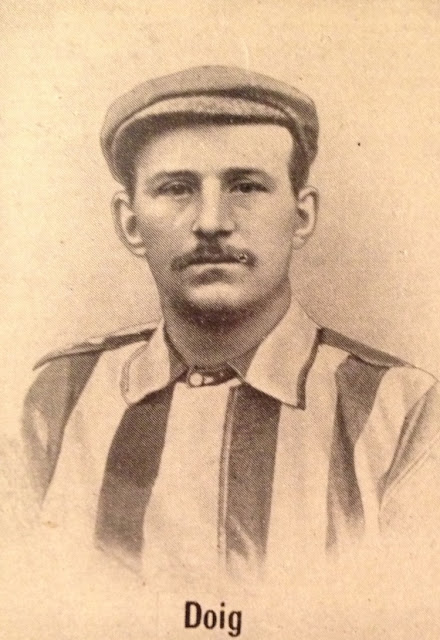 Ned Doig joined Blackburn from Arbroath in 1889. His only appearance for Rovers was a 9-1 win over Notts County.
Doig made his debut for Sunderland in September 1890 and went on to make 454 first team competitive appearances for Sunderland, winning 4 First Division Championships.
He joined Liverpool (in Division 2) in 1904 and made 53 appearances for the Reds spread over 4 seasons.
Ned Doig represented Scotland 5 times over a 16 year period, finishing on the winning side 4 times.
Doig was originally an outfield player who took to goalkeeping with Arbroath Reserves as a 17 year old. Concious of his hair loss, Doig was never seen without his cap, which he would fasten under his chin with a piece of string.
On Easter Saturday 1900 Doig was involved in a curious incident-  Manchester City goalkeeper Charlie Williams appeared to become the first goalkeeper to score from open play in the Football League, his long clearance eluding Doig. Some contemporary reports (there was no dubious goals panel!) say that Doig made the decisive touch, and credit him with an own goal. ENFA credits City inside left Fred Williams with the goal. Sunderland won 3-1. 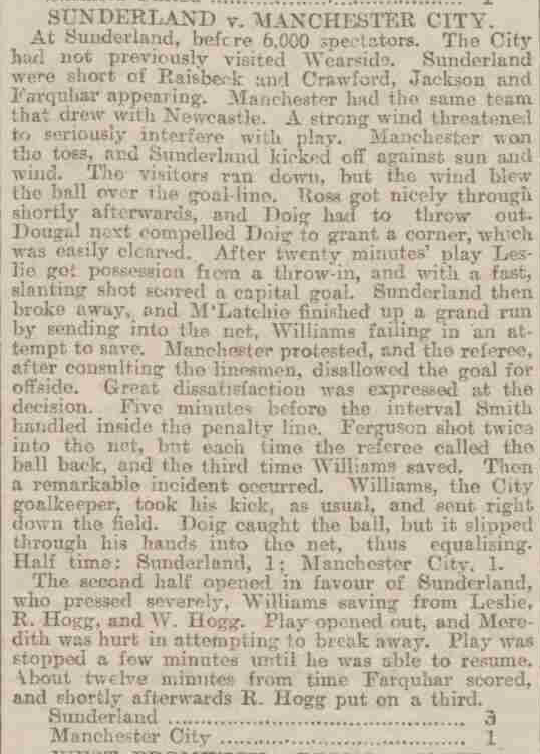