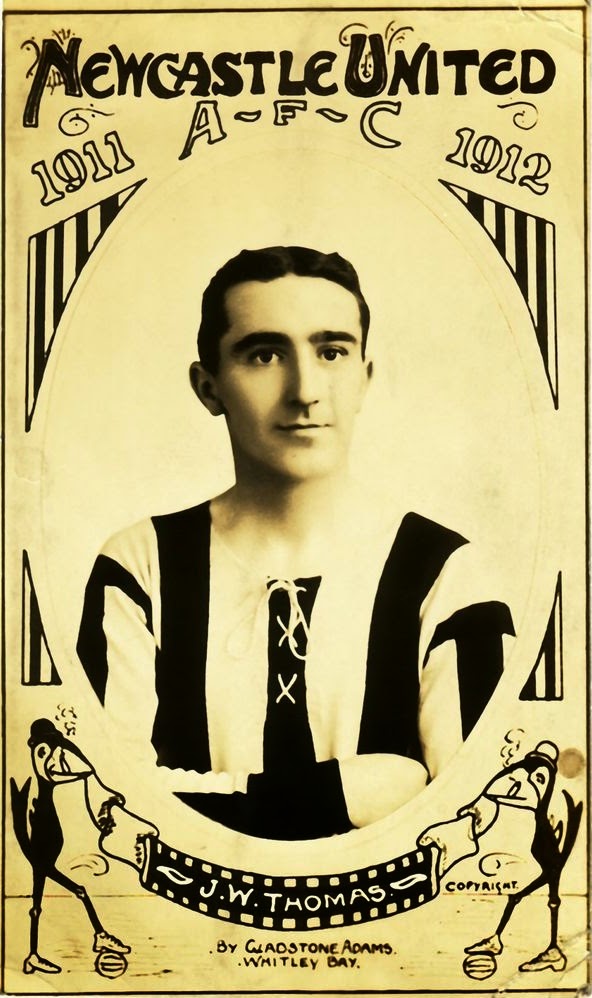 Jack Thomas was born in County Durham.
He played for Brighton and Hove Albion in the Southern League before joining Newcastle United for the 1911-12 season.
He made one first team appearance, playing at inside right in a 1-1 draw away to Manchester City.
Thomas then returned to Spennymoor United, the Northern League club where his career began.
Pretty unremarkable.
During the 1914-18 War however Jack Thomas was involved in a series of remarkable exploits.
Captured by the Germans he was involved in attempt to tunnel out of the prison camp. He eventually escaped and made use of a compass smuggled in a cake to return to Britain. He was then sent back to Europe to work as a spy.