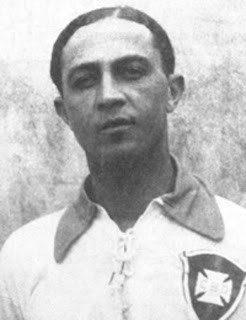 Arthur Friedenreich  was mixed race (Afican-Brazilian and German) , at a time when Brazilian football (and society) was essentially racially segregated.  This obstacle to progress did not prevent him from becoming Brazil's first football superstar,
He had his father's eyes- green, and his mother's African hair- which he resorted to straightening using wax.
He was also very skinny- only 52 kg at 1,75 m.
In a 26 year first class career he is reckoned , according to some accounts, to have scored 1239 goals in 1329 games.  Friedenreich made 23 appearances for the Seleção between 1914 and 1925, netting ten goals.
His finest hour (2 and a half hours in fact)* came in the 1919 Copa America (known then as the
South American Championship) , Brazil's first triumph and the first Copa America played in Rio.
The boot with which he scored the winning goal in the final against Uruguay was paraded around the city on a pole with a banner proclaiming The glorious foot of Friedenreich. The boot was later displayed  in jewellers' shop windows across Rio. 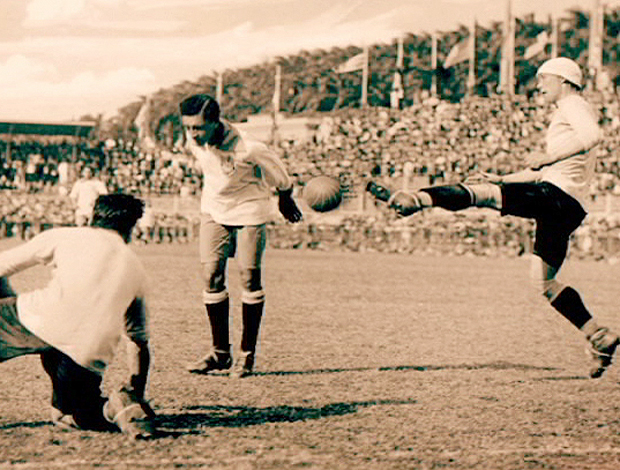 *Four extra times of 15 minutes each were played.150 minutes in total. Friedenreich scored the winner in the 122nd minute.